A glass of Rose, a boat terrace floating on the busy canal, a beautiful warm weather and a family of four, talking about small things, laughing at queer people, exchanging glances about the loud guy and simply enjoying being together. How else can a typical Dutch summer afternoon be so perfect? 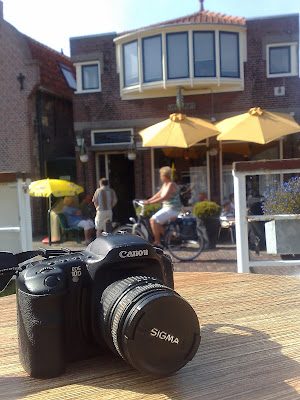 I miss it. Mom and Dad taking MK and I to small towns to drink Rose or have coffee. I used to drink Rose everyday, not that it matters, with Dad during my first few months in the Netherlands. And while he sips Merlot on al fresco restaurants in this quaint towns, I would drink Rose. MK sometimes have Irish coffee or red wine while Mom always prefer tea. This afternoon drinks on a Sunday afternoon took us to many small villages in the Netherlands, where there is a water nearby and families hanging around. Mom and Dad will enjoy sitting drinking while MK and I would take pictures. This time, the destination is Schipluiden. 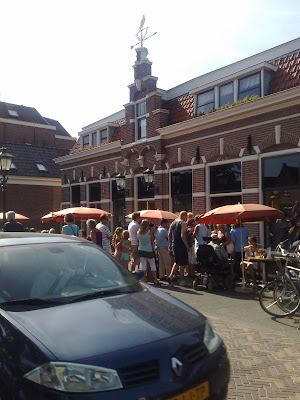 Have you ever heard of this place? It’s located in Midden-Delftland in South Holland with a village culture that it still very much centered on religion. I don’t know how we ended up in this village because we were originally planning to go to a park for a walk, but I am not complaining. I had a great afternoon. 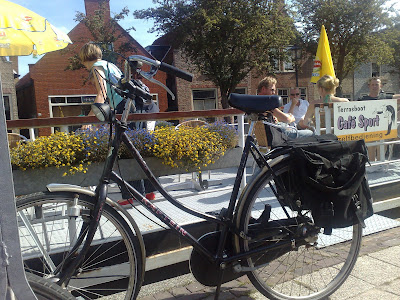 The canal which rounds the town was very busy and the snack bars are teeming with people of all ages, either ordering an ice cream or frietjes. The bars are also offer and there seem to be a constant demand for beer judging from the number of people going in and out of the bar carrying new refilled glasses. I never drink beer so I wouldn’t understand the apparent relations of beer and summer.

Even the small street is very busy with people biking to and fro, some has to climb up to the dike and walk there because there’s just enough space for a car to pass and when it’s the bus going to Delft passing, there’s hardly any space for anything. 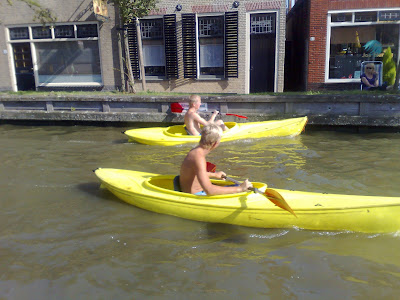 There were kids kayaking in the canal and several boats passing by. There were two boats filled with young people, boys and girls who seemed to be around 16-20 years old, probably enjoying the last days of summer. They have beers in hands of course, shouting, jumping, singing and playing loud music in their cramped floating bar. I was able to take a video of the first boat, but the one after that was more rowdy, nosier and definitely happier than the first one. My camera was not that fast though. It was a refreshing sight, reminding me of my youth (zonder the boats of course) with friends, getting crazy and careless. For a moment, I wished that I was with my friends instead, my colleagues from the paper, dissecting each and every naked upper body of those Dutch boys and deciding who’s worth checking out and who are just so-so! I was actually doing that in my head, couldn’t say my choices aloud because MK (who’s probably reading this at the moment) will start twisting his handsome Dutch face in a fit a jealousy. I can’t blame him, some of the guys are hot.
Dagje weg Daytrip Netherlands
Share:

A pregnancy photo: the story behind it