On the charm of Princess Maxima 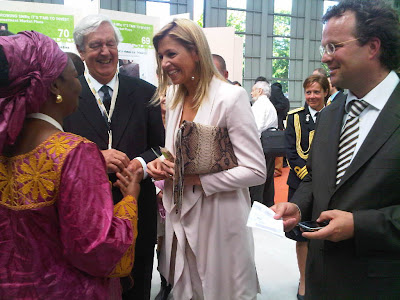 Two weeks ago, I was invited to cover the BiD Network event in Den Hague. The Dutch adopted princess, Maxima, is the guest speaker because she is a Special Advocate for Inclusive Finance for Development for the United Nations.

Unlike what I expected, the security wasn’t that strict. We were allowed to get very close to Princess Maxima and there weren’t any annoying royal guards preventing people to shake hands with her. The Dutch royalty, in the first place, is known for being very close to the commoners.

During her 15-minute speech, Maxima talked about the need for data gathering and better assistance for small and medium enterprises. She encouraged financial institutions not only to help SME’s with their loan packages but also with non-financial support like employee benefit’s, business pitches and similar factors. Although her message was interesting, I found her speech directed more to financial institutions rather than to 60 SME owners who participated in the event. 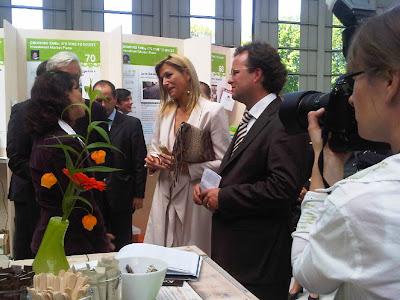 Frankly, I wasn’t blown away by Princess Maxima. Although I find her more adorable than her ever boring husband Willem Alexander, Maxima just doesn’t have the royal charm of Queen Beatrix. I was supposed to see the Queen last May but the heavy rainfall in Zeeland prevented me. Even in the television, Queen Beatrix emanates that regal aura that may take Maxima a long time to imitate. I salute her for the effort though. If you watch closely the way she moves, smiles and waves her hands, Maxima is training very hard to be Queen Beatrix. This early, she is already making a statement with her hair accessories. 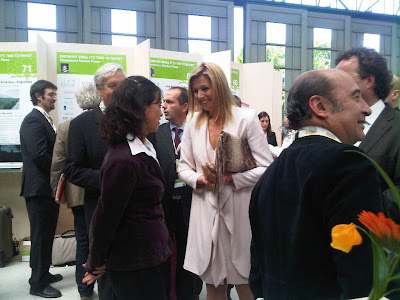 It must be hard for a non-monarch like Maxima to be thrown in a royal family, with the eyes of the nation always on her every move. Maxima is doing so well, she looks like a very warm and affectionate person *at least as a first impression. Never mind that his father has a tarnish reputation in Argentina. And between her and the son of Queen Beatrix, Maxima will be a better representative of the Koninkrijk der Nederlanden.

Fear and failure: The drama of my driving exams