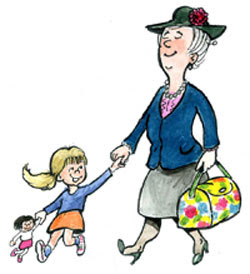 As I am writing this, the 6-year old boy is peacefully journeying in dreamland, his breathing is regular and every once and while, he gives a cute snore. For a while, I lingered in his bed to make sure that he is already sleeping deep and continued reading another two pages of Pinocchio, his second story before he snoozed. After another 10mins, I kissed his forehead and slowly climbed down his bed, carefully timing my movements so that the ladder won’t creak so much. I put the books back in his bookshelf, along with the other Dutch, English and Norwegian books that he has. I turned off the lights and said a low goodnight to him.

Tonight, I took a nanny-ing job to experience what it is like to take care of children. I can’t say I am fond of kids, except once in a while whenever I see a really cute one. It was not as hard as I expected, only because the boy was very well behaved and was very disciplined. He helped me preparing our loempia dinner, brushed his teeth when I told him so, and didn’t make a fuss about going to bed even the cartoon program he is watching is not finished yet.

In the Netherlands, nanny and au pair jobs are two of the most common work for buitenlanders (foreigners) especially for women below 26 years old (for au pair programme). In my taal les (language class) I had more than three classmates who were working as au pairs and nannies either for foreigners or the locals. I have heard horror stories, basically from the treatment of families to au pairs or how difficult the children can be. There are also heart warming stories on how a nanny job had made them very close to the children they are taking care and also helps them learn the language faster.

A nanny job pays from 11-15 euros per hour, depending on your expertise and experience. I took lower than that because I know that the kid behaves well. There have already been a couple of  occasions when we played because I know the parents personally.

We had fun watching three consecutive cartoon programs of which only Samurai Jack is the only one I can recall. I realized that I am actually growing old. I am not familiar anymore with most of the program in Cartoon Network.

We enjoyed munching on the Easter chocolate chicken that his tante had given me early that morning. I got the back head part of the chicken while he took his time eating the face.

He was a sweet boy. He draw me a diamond ring and helped me tape it in my finger. He even took time explaining the Dutch conversations in the cartoon programs (which of course he probably understand better than I do).

His parents came home after 5 hours. The boy has been sleeping for two hours, the same time I spent reading my book while waiting for them. It was surprisingly an easy job and I would not mind doing it again on Saturday evenings when I do not have so much things to do. I actually find it a bit relaxing.

I saw the boy again today and he was as cheerful as when I put him to bed. When he goes back to his homeland, Im sure will going to miss him

Old towns to include on your next European trip