What happened in Prague: In Homestyle magazine’s Sept-Oct issue

August 26, 2011 by The Weekend Traveller No Comments

You already know about the  binge beer drinking and the heaviest breakfast I’ve had in years, but I have not written about the rest of the story when I visited Prague last year.

It was in Prague that I was introduced to the beautiful world of ballet and marionettes. Yes ballet and puppets were the highlights of my visit to Prague.

I watched one of Pyotr Tchaikovsky’s most successful ballet show Sleeping Beauty – The Czar’s Last Daughter – a sad story of a street girl who believed all her life that she is a royalty. More than the story though, seeing the ballet at the grand Prague’s State Opera had been a very unique experience. And of course, the social climber in me enjoyed joining Prague’s opera and art lovers sipping champagne during the break.

I also met Nila Malikova, editor of Prague’s puppet magazine Loutkar. She told me the sad story of the dying art of marionettes and the young peoples’ disinterest in this tradition.

At the old and shabby puppet theater at the Old Town, once again I watched Don Giovanni, the story of the Italian playboy – this time played by the marionettes.

So for my Philippine readers, please grab a copy of Homestyle magazine’s Sept-Oct 2011 anniversary issue where I wrote my Prague visit and the wonderful stories that I discovered. That is including a night of binge drinking with two police officer from England and a Sparta Prague football fanatic who finds football more important than love.

I did the trip together with my husband and photographer Robin Kuijs who gained more kilos than I am from drinking too many mugs of Pilsner in Prague.

Homestyle magazine is available at your favorite bookstores.

Whenever I am in a new city, I never fail to stop and watch street musicians. They are very amusing and each have different styles. Some are in solo with only an instrument or a whole band but all of them playing for the tourists. So Im starting a new video series in this blogs. Street musicians.

This is one is taken at the Charle’s bridge in Prague. I do not have any idea what they are playing, probably their won composition because they sell CD’s as well but don’t you find them cute, trying to make a living playing for tourists like us?

all photos by RobinKuijs photography 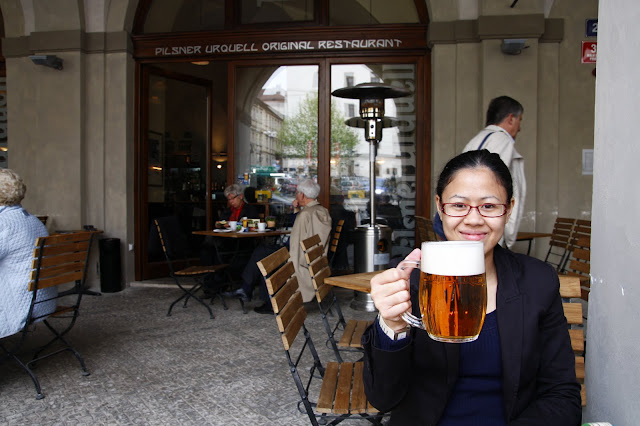 I am not a beer drinker. Since university, I have decided that beer is not my kind of drink. It knocks me out. Two cans and I am drunk. I like my alcohol clean, pure and smooth. For several years, I only drank vodka but lately I’ve discovered whiskey. But you can never catch me drinking beer.

But when in Prague it will be an insult to this lovely city to drink other alcohol. Their beers are the best. Pilsner Urquell has every right to declare themselves the best  in the world. But my favorite is the Kozel Cerny (Kozel Dark), mainly because it is sweet, very aromatic and doesn’t leave me puking all the place. Brewed with caramel and with a hint of chocolate.

So in Prague, I drank Kozel, day in and day out. From 10am in the morning, like a normal Czech. And they more during lunchtime. 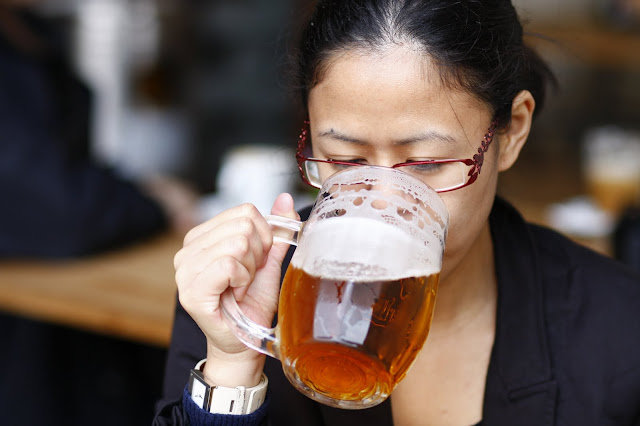 I tell you, it beats the Cherry Beer and Rose Beer of Belgium.
I average 1.5 liters a day (I stayed there for three days), sometimes 2.5 when going out at night with friends. 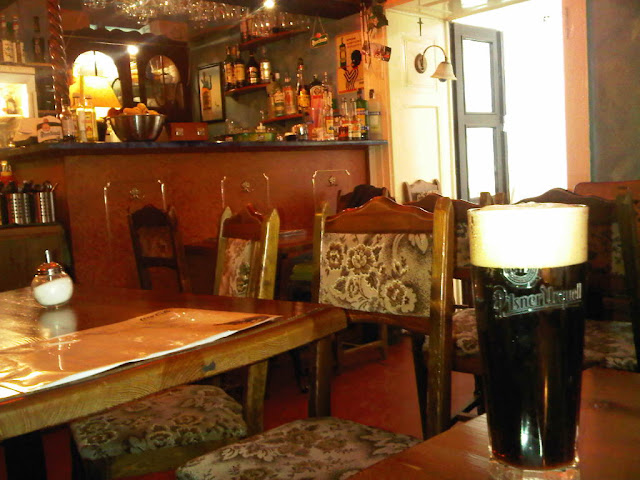 I will go back to Prague just to drink beer. That’s a promise to myself. And despite the 2 kilos I’ve put on and a bloated stomach in just three days.

Day 1 Prague: A breakfast that lasted till dinner

My mornings can be described in one word: rushed! I wake up at 7:30 to prepare for office. As a friend put it, I say “hi” and “goodbye” to the shower, dress really quick and hurry to the workplace. No breakfasts, no coffee, not even a glass of water. So during vacations, I make it a point to enjoy my mornings, staying in bed until my stomach grumbles and when I do actually get up for it, I prefer my breakfast huge, greasy and very taste. On weekends, hubby makes me breakfasts like these. 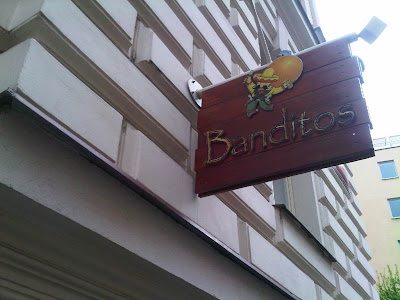 On our first day in Prague, the good-looking receptionist of the hotel tipped up of a funky place to dine out. It was about a 5 to 7-minute walk from Lipova, the street where are are staying. The restaurant is called  Banditos and from the sound of it, you can tell that it is a Mexican diner. 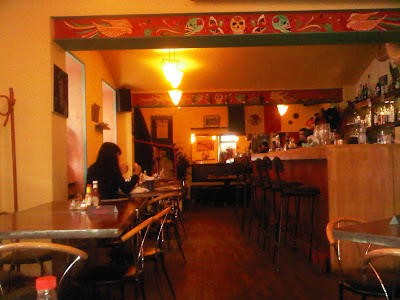 Ive never been to Mexico so I do not have the faintest idea of what a “homey Mexican pub/diner” looks like but these adjectives came to mind when I was settled on my chair.

When we walk in, there was only two people inside, one Chinese girl having a solitary breakfast and a white girl at the back area drinking a cup of coffee. Two rock-star looking waiters/cashiers *you know black outfits, tattoos, long hair, beards, the works, were manning the bar. They weren’t very warm either, just polite and accommodating. 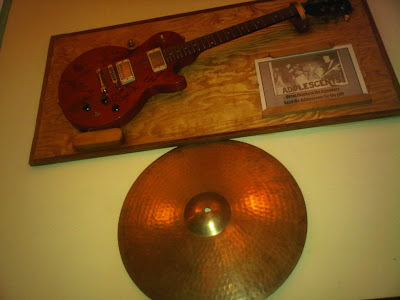 It is very handy that the menu is well-described in English. I wanted a breakfast that was mentioned above so I went for the full English breakfast while hubby opted for the burrito with mashed red beans. I was wishing for a big serving and Banditos did not disappoint. 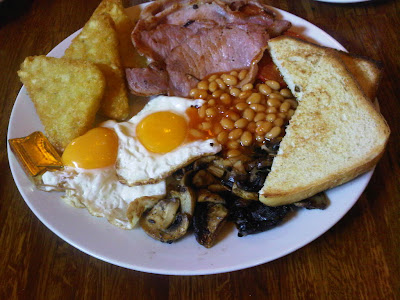 That is my full English breakfast, beans, two sunny-side up eggs, 3 pieces of hash browns, one big grilled tomato, 4 pieces of bacon, a french toast and mushrooms. Do I need to elaborate how worthy it was for 245 kr or about 9,50 euros? 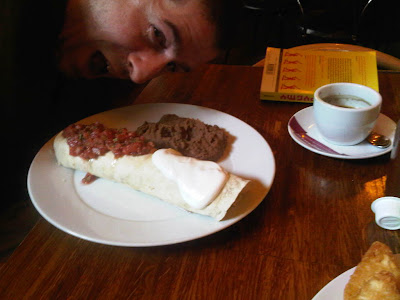 Meanwhile, this is what hubby got. Like me, he wasn’t able to finish it. I took a couple of the hash browns as snacks for later.

After breakfast, we went out exploring the city. As we intended that this would be a no-stress holiday, we decided to forgo the usual planning and just follow where our feet will lead us.

At one point, we stopped for coffee and and a beer. That was in the middle of the afternoon when the sky is letting up a bit. We were  stiff and thirsty for standing still for 30min for the street artist. 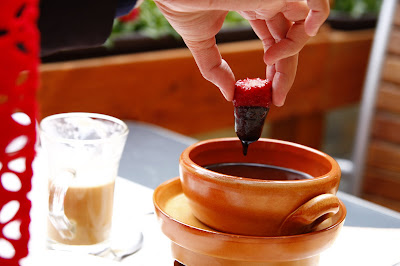 It was an expensive coffee break. We chose the cafe of U Tri Pstroso Hotel and the menu is not exactly the cheapest in town. A glass of 350ml Pilsner cost 90kr (1 euro = 25 krone) which is average if you ask me but the Irish coffee was a whopping 285c.

Blame the appetite but despite the price, I also went for a strawberry fondue. Still cheaper than in West Europe but proved once more that Prague has become an expensive city. 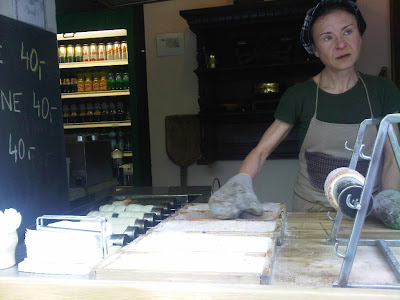 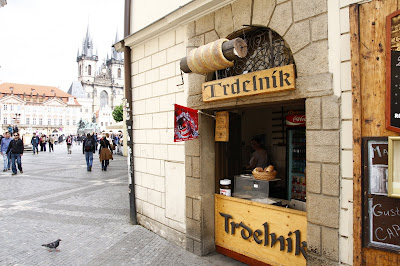 Just like any other tourist city, Prague offers sweet street treats. I was lured to the heady aroma of a local  bread called Trdelnik, a pastry rolled in sugar and filled with either chocolate or cheese. It was good with a cup of coffee but I think even better with a bottle of Coca-cola. 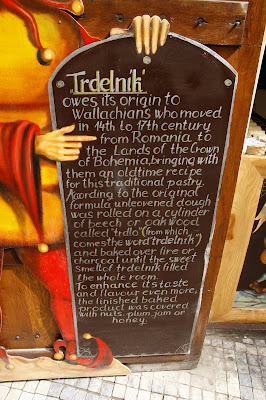 So much for good food. Those three meals fueled my whole day. Up until the beer drinking at 9PM when we sampled traditional Czech cheeses.