Wageningen: A Visit to the Burger Zoo 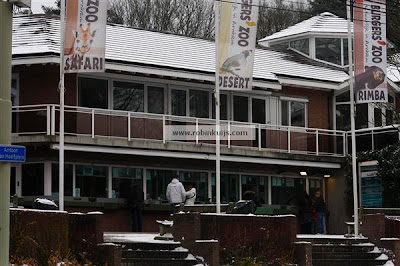 As we are approaching the ticketing boot, I jokingly asked MK “Sweetheart, when the animals die in the zoo, are they being made into burgers?”

And he seriously replied “Of course not schatje, burger means citizen.” I was amused by his seriousness. Burgermeester and any word with burger in front are still parts of the Dutch vocabulary that I find hilarious!

Anyway, before anybody starts lecturing me about the etymology of the “burger” word, this post is about our visit to the Burger’s Zoo in Arnheim as part of our Valentine’s day. After checking out from Hof van Wageningen, we took a panoramic ride in the heart of Provincie Gelderland to spend an afternoon with the animals.

At the counter, they told us that some of the animals are doesn’t want to come out because of the cold so we got a 40% discount. What a friendly surprise to our budget. But that also means less pleasure on animal watching. 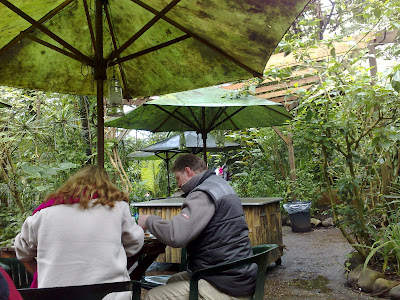 But I was starving so we went straight to Bush restaurant and grabbed some “tropical” lunch. Well, the weekend seemed to be disastrous for my taste buds because after two spoons, I set the curried shrimps that I ordered. And as expected, MK had a better order so I shared his meal again. He ended eating lunch for two people. The following walk around the zoo helps greatly in his digestion.

The Bush rain forest, Oceanarium, the Dessert and the Safari are all located in a huge greenhouse. It’s amazing how they can keep such a big place warm and we dont think that natural warming can last the whole winter without artificial help. So we tried to look for the heaters while walking around the glasshouse. 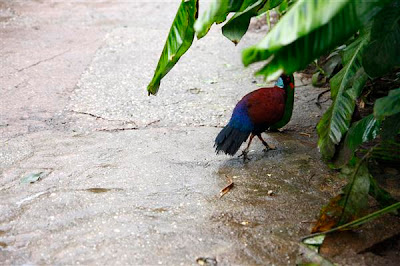 We did saw a lot of animals. There was one particular bird or colorful chicken which keeps on crossing the little pathways. Out of amusement, I followed it in an elevated area and tried to catch it but the thing can fly. After a couple of futile attempts, I just went to see the other animals. But man, they are lazy. Most of them are in their dungeons and wouldn’t even move even if you scream at them. Too bad there weren’t any stones to throw at them so I can surprise them a little *hahaha acting like a child. 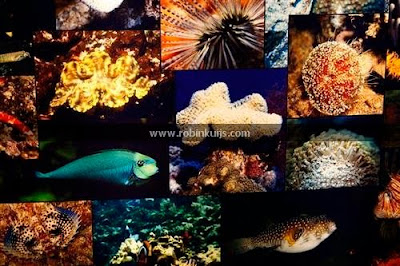 When I saw the big turtles, I had the urge to call my mom and ask about my 5-year old turtle. Oh it was the most tragic news I’ve heard this year. My mom told me that the big rats of the city sewage attacked, murdered and had my turtle for dinner * including the soft belly shell, after the devastating Typhoon Ondoy. I wanted to cry and take home one of the turtles in the zoo. I should have really bough it an aquarium before I left. 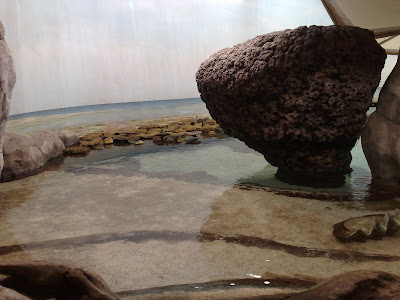 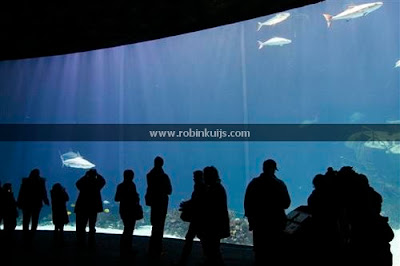 Anyway, after rounding the Bush, we proceeded to the Oceanarium. That part of the zoo is reallt beautiful with the different fishes they keep on their big tanks. I’ve seen colorful schools of fishes, including sharks *yay we went swimming with sharks together, and other sea creatures in the Philippines, together with MK on one of our island trip but there is still a beauty watching them in captivity. At least they dont swim away when you get too close. 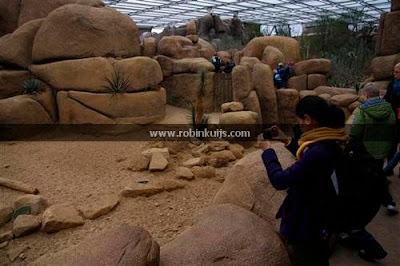 And then into the dessert, which is a miniature of a panorama in Arizona. It was quite boring actually, expect when this huge bird starting circling above us. It was a delight to see, how it spreads its wings and makes shrill cries. I didn’t notice if it is an eagle of one of those predatory birds and sadly, MK was not able to take a picture either. 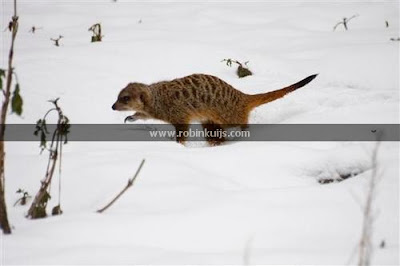 And then we watch the snakes getting bad on their glasses, scorpions, insects feeding on cucumber and other tiny creatures which actually only amazes a child. And not to mention the rowdy and attention-seeking monkeys. 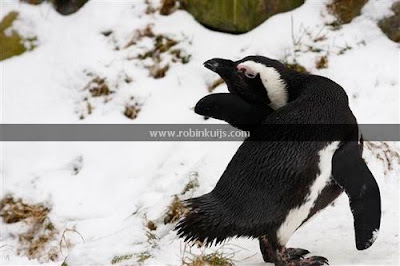 I might sound like I didn’t enjoy my visit to Burger’s Zoo but I really did. It was fun walking around a warm place surrounded by the sounds and sights of the animals, birds singing and hopping on your feet, unassuming turtles, little crocodiles that turns giant when you look at them through the glass, the lost meerkat and the cute penguins. 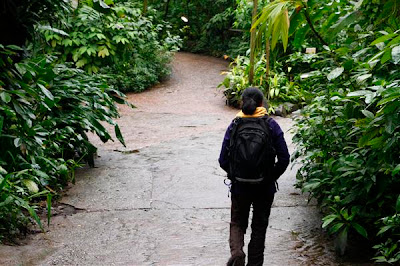 I enjoyed it so much that in fact, I am planning on visiting it again next summer. For those of you who wants to visit Burger’s Zoo, their website is www.burgerszoo.eu

Tanzania 10-day safari: What you need to know